“Something Gotta Change” By Monstalung of the Jordan Clan. Produced by Jordan Clan Beats. 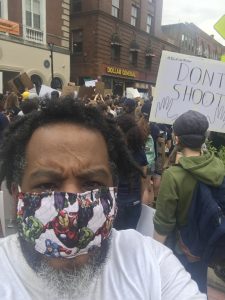 Since 2000 Monstalung has been the founder and in house producer for West Virginia independent hip hop 🎤 label Soundvizion.

Soundvizion’s music 🎵 has had songs on the radio and TV 📺, and has collaborated with Bubba Sparxxx, and Petey Pablo.

🎧 STREAM / Listen to this song at https://foundation-media.ffm.to/somethingsgottachange

👀 Seeing the diverse 👊🏻 ✊🏾 protests around the world 🌎 against police 👮🏻‍♂️ brutality, and the normalization of seeing black people killed on camera 🎥, and TV 📺 lit a fuse with MONSTALUNG, and he said: “ he had to express himself 🎤 through his creativity 🎹”.

Monstalung wrote and produced this song, “Something Gotta Change”, which talks about his feelings and true experiences with law enforcement.

His next single song release “Unloved” 💔, deals with how he as a black man feels no compassion or ❤️ from this country because of the color of his skin.

Monstalung has just wrapped up his 📖 a memoir, which will be released in September 2020.