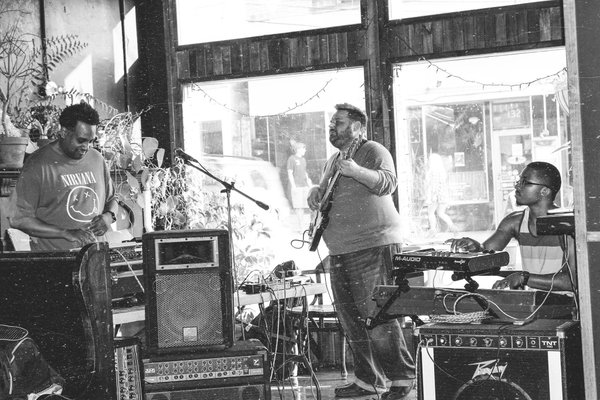 After all my artist had either relocated, or had responsibilities to take care of, for the first time in 10+ years, I had no projects to work on, so i took a hiatus from music, which coincided with going through a surgery for diverticulitis I had to have, so this was a time for reflection, and brainstorming on what my next step was going to be, if there was going to even be a next step.
I truly defined for me that music was my passion because through this tough time it was music that was getting me through this. So it was clear that my journey with music was no where near over, and since that was made clear, I knew I wanted to correct somethings I felt I was doing wrong.
1. Not enough preparation and creativity for live performances. Step the live game up.
2. All music decisions must be based around having fun. I have been strategic for years about releasing music, it’s my competitive nature, but it can pull you away from the pure enjoyment of creativity, and I’m not sacrificing that anymore.
In my mind, all that meant, was to create a live hip hop performing band / production team, and that EXCITED me, and it felt right.
As a promoter for live hip hop events in Morgantown WV, I use to book a act called DNK, and he was in another group called Cupcake and the Professor, his name was Ryan Dunkerley. He was real big on live looping, beat boxing, and a great musician who plays different instruments, with my digital sampling way of making beats we naturally hit it off, but our relationship has now surpassed just music. We had always talked about collaborating for a couple years back then, but because of schedule we could never make it happen, but now the stars aligned and we both had free time to create.
We had a couple sessions at my studio playing live with my mpc for samples and drums, and he would play guitar, and synths of abelton live, then we jumped right in to open mics. In fact our first open mic was at 123 Pleasant st and my father played with us and read poetry over the beats.
I been checking the evolution of Xavier Williams keyboard playing through my fathers African american arts and heritage academy, a summer art camp. Xavier has been a long time student, but now he was in college and happen to be in the area, I just love the way he plays, and had a sound I know would be good for beats, and exactly the live element that would work with what me and Ryan was doing. and it was, and is.
Man, I love this band, and the direction we are going. We have our second EP coming out in a few weeks, and we have been working on production for artist projects, I’m in a good space. -by Monstalung
Download this song for FREE below