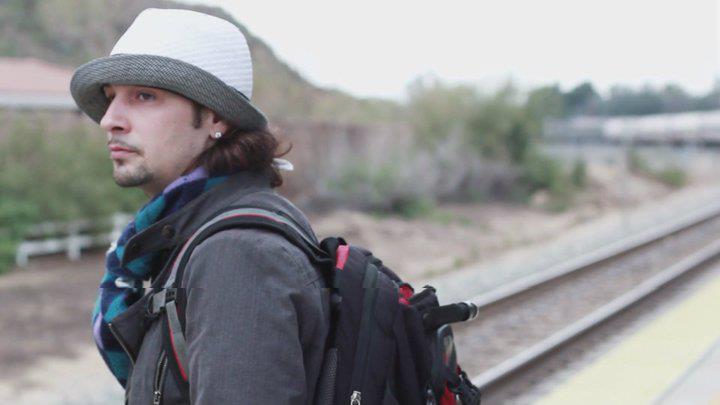 Johnny Harmonic “Leavin” #juneizsoundvizion Day22 [VIDEO]
Depending who you talk too, either Johnny Harmonic, or 6’6 240, they both will say the other one stole this beat. I made the beat and here is how it went down. I been wanting to sample a few things of the Robin Thicke album Evolution, Willz P was chilling with me while I was working in the studio, and Johnny was on his way by just to kick it. I had my brother 6’6 240 in mind for the beat, and explained that to Johnny (who swears he does not remember me saying that), it did not matter, because once Johnny is motivated creatively he cant turn it off. I see him over there writing, soon I hear a melody come out, and Willz P and Johnny over there brainstorming and writing, i couldn’t get to caught up with what Johnny and Willz P was doing because I was concentrating on this dope beat that I’m currently working on at that time. By the time i got done with the beat, Johnny had half the song done, and it was SUPERDOPE, so now I’m caught in the middle and had to make a executive decision, give the beat to Johnny, or save it for my brother (who thinks he deserves everything anyway, artist egos man). Its too hard as a producer / songwriter to come up with great song, and johnny’s song was looking me dead in the face, and I knew it was dope, just had to man up to my brother. My brother was so mad, he recorded a remix of the song anyway (which i have, but has never been released). Johnny and my brother use to be roommates, and they were competitive all the time, in a best friends kind of way, so we at Soundvizion was use to it. They both give me a hard time when you talk about this song, and beat, but I think unconsciously i was the mastermind behind the whole thing, I got 2 songs for the price of one beat. -by Monstalung